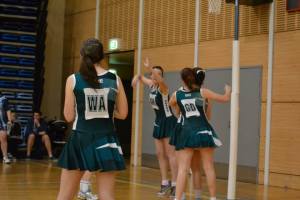 The Greensborough Netball Club will be hosting a Club Meeting for all current and future players, officials and coaches to attend.  Details:

GNC will present the proposed action plan 2014 and will be asking for input, ideas and also more people to join the committee and be part of the netball administration in 2014.

“The aim of the meeting is more of a info night of what 2014 has for us, moving forward to a great future for the club. Fresh New Year!”

If you are wanting to play or coach at Greensborough Netball Club in 2014, please come along to this information night.

Please contact Nicole Doherty on 0418 688 085 if you have any questions or complete the form below to register your attendance.