The Greensborough Netball Club was established in 2011 and in season 2013, the club had six teams competing in the Northern Football League Netball competition, the most of any netball club.

Greensborough’s strong commitment to its players is exemplified in its excellent program of skill development and in the high quality of the coaching provided for our teams. We are delighted therefore to welcome Alan Watson to the head coaching position.

Alan’s fantastic record of coaching and involvement in sport began in the early 1990s and includes experience in basketball, cricket, football and of course netball. Over the years he has coached a wide range of teams including at senior level for Banyule Open Premier division 3, Diamond Valley U17 and from 2014 as Head Coach for the Lancefield Football Netball Club in the Riddel and districts FNL. In 2011 he was appointed coach for the Victorian Deaf Netball open teams competing in the Australian titles in which they finished in first and second places.

Alan comes to Greensborough very well qualified to take on the role Head Coach. He has completed training qualifications in advanced coaching, courses in umpiring and coaching theory and Certificate 4 in Training and Assessment.

His innovative approach to coaching is designed to assist every individual achieve her personal best and is based on principles of teamwork, mental agility and fitness. ‘I have a whole heap of knowledge and new ideas that I want to bring to the club through my level of coaching’, says Alan. ‘Netball is a great team sport and players share the game with friends and make new ones so I see this as is a very exciting opportunity. The club has a sound structure in place with the number of teams participating. The challenge is to improve the players individually and as teams, to identify and work on areas that players need to improve on. That will mean stronger more competitive teams, working with structures, team systems and set plays.’

With a wealth of experience and a passion for netball, Alan Watson is the ideal person to help us achieve our aim of creating a great future for the club.

Greensborough is currently accepting applications for assistant coaching roles for season 2014. Games are played on Friday nights between April to September, with training conducted between 8pm to 9:30pm on Wednesday nights. Tryouts will occur in early February 2014.

Coaches, please include all previous coaching experience, current coaching qualification levels and any references in your written application including your current resume. Send your application to Nicole Doherty via nicole.doherty@landhgroup.com.au or phone 0418 688 085.

The Greensborough Netball Club has 2 teams in the first round of finals.

Team#2 in the Section 2 1st Semi-Final against North Heidelberg B produced a huge 14 goal turnaround from the previous loss, with defensive pressure, offer timing & shooting accuracy greatly improved. These efforts took the team out to a 7 goal lead by halftime and stifled a last ditched effort by North Heidelberg in the final minutes for a well-constructed team effort and a brilliant 5 goal win.

Team#5 in Section 6 2nd Semi-Final against Fitzroy Stars C was slow to react to Fitzroy’s general attack in the first half. Team#5 trailed by as much as 8 goals before getting back to basics and attempting a come back. With a much cleaner last quarter and fewer turnovers, Team#5 closed to within 3 goals but couldn’t sustain the momentum to lose by 5 goals. There’s plenty of scope for improvement and Team#5 will be refocused for the next game.
MVPs: 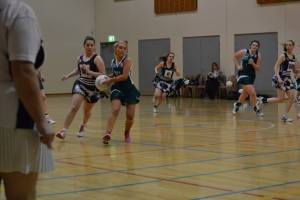 Greensborough takes the court at RMIT Bundoora this week.  Games:

Including this week, only 7 rounds to go until finals.  Finals schedule:

Best of luck to all teams!  In the finals race now.

Best of luck to the GNC tonight.  Note there are no games next week, Friday 5th July due to school holiday’s. 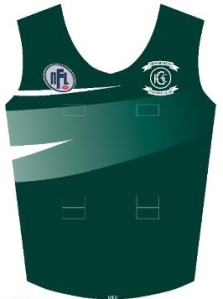 Round 10 wasn’t the finest for Greensborough Netball Club.

A handful of narrow losses, 2 players carted off to hospital and a convincing win, certainly covered the extremes.

Team#1 played Fitzroy Stars A with both teams being very accurate and the lead changing 9 times. Very competitive for the whole game, Team#1 just missed out in the end by 5 goals.

Team#2 took the opportunity to stay in the top 4 with a solid performance against Laurimar Power. With tremendous pressure everywhere, top quality semi-circle defence and very good shooting accuracy, Team#2 kept the game well under control for a brilliant 14-goal win. Go Boro !!!

Team#3 had a tough task against undefeated top side St Mary’s A. Very competitive initially, Team#3 worked hard to recover the ball with intercepts and rebounds, but just couldn’t match the shooting power of the opposition to lose by 27 goals.

Team#4 was determined and accurate until Epping Blue stole the momentum for a few brief minutes in the third quarter. The margin couldn’t be reduced and Team#4 finished with a 7 goal loss.

Team#5 played Watsonia D in an extremely close game with Boro player Rachael Wright collapsing in the third quarter. These 2 top 4 teams fought it out with the margin never more than 4 goals. The lead changed only twice but the wrong way in the end for Team#5 to lose by just one goal.

Team#6 took on Whittlesea C for a chance to get close to the top 4. A good effort by Team#6 in a shortened game due to a serious injury to a Boro player Tamara Logan which made it difficult to develop momentum. A last quarter resurgence by Team#6 to get within 2 goals couldnt be maintained and ended in a 6 goal loss.

Everyone at the club wishes Tamara and Rachael a speedy recovery.

Round 9 produced some interesting results for Greensborough Netball Club, with the competitions now half way through the season.

Team#1 played a close one against Northcote Park A where the lead changed many times. Neither team could take full control at any stage and Team#1 made a valiant effort with just 7 players to fall short by 2 goals in a strong finish.

Team#2 put together a tremendous performance over North Heidelberg B which was built on clean hands and accurate shooting. Always in the lead, Team#2 dominated in the second half with extra defensive pressure to win by 15 goals. Go Boro !!!

After an encouraging start, Team#3 struggled against very highly rated Bundoora Comets B. Team#3 wrestled some momentum back to put respectability into the score line, eventually losing by 17 goals.

Team#4 began very well but Lalor’s giant goal shooting machine was virtually impossible to keep quiet and bagged all of their goals. The game turned into a goal shoot out with Team#4 not able to keep up and losing by 17 goals.

Team#5 made its presence felt in a big way for the first time this season to shut Whittlesea C out of the game from the start. In an unrelenting display of constructive netball, Team#5 only conceded 10 goals and won by 33. Go Boro !!!

Team#6 down by a regular goaler was still very competitive against a strong Thomastown B. Team#6 kept pace for most of the game but ended with a 12 goal loss.

Some really terrific netball for Greensborough Netball Club in round 8.

After a very late regrading in the season, Teams #5 & #6 find themselves in the same Section now, and played off against each other in the first of two “local derbys” for 2013. Both teams played very well and Team#5 took the honours on this occasion. Plenty of club spirit, nice work girls!

Team#1 competing with just 7 players put in a huge effort. They stormed home in the last quarter to lose by just 1 goal.

Team#2 was also down to 7 players and without a regular goaler. They came up against a tough Diamond Creek Blue team. Team#2 lifted and clawed their way from 3 goals down at half-time to win by 1 goal. Go Boro !!! 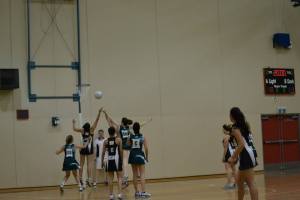 Team#3 encountered a hot shooting South Morang Gold, who had a purple patch for just a few minutes in the 2nd quarter. Team#3 just couldn’t bridge that gap after half time and lost by only 5 goals.

Team#4 played in a close contest with Montmorency C, found themselves behind by 2 goals at the last change, but came home strongly with a massive final quarter to win by 4 goals. Go Boro !!!